Juliet, Wah Yong & James had a Christmas party in the afternoonwith Junnimed, a medical equipment company in their cosy office. 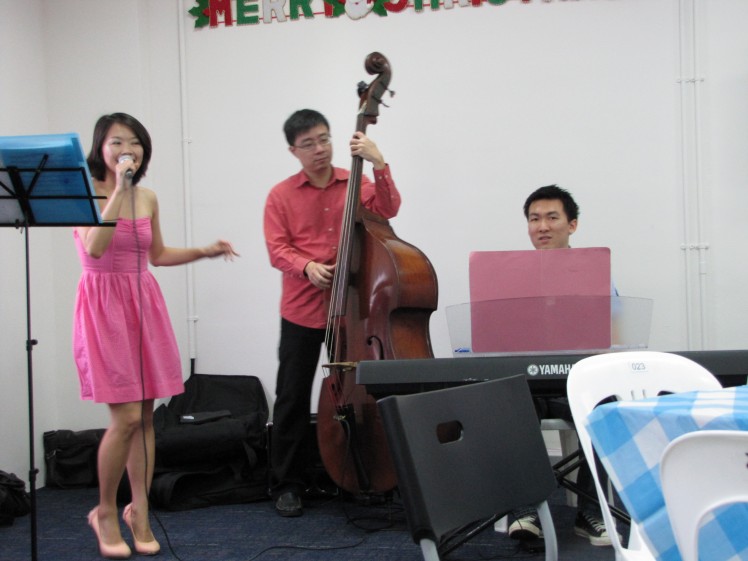 Singapore Char Siew Baos started the evening at Marine Cove with a one hour performance before heading to Jewelbox to do their usual, except that they had loads of Christmas melodies for those celebrating Christmas eve with them up on the hill. i must say that Jewelbox’s deco is rather impressive, especially with that gigantuous (sic) tree

Later on, it was time for Changing Hues – Robert, Jessica & Amos to take the stage and sing until it was Christmas

Tone was invited to sing a couple of Christmas songs 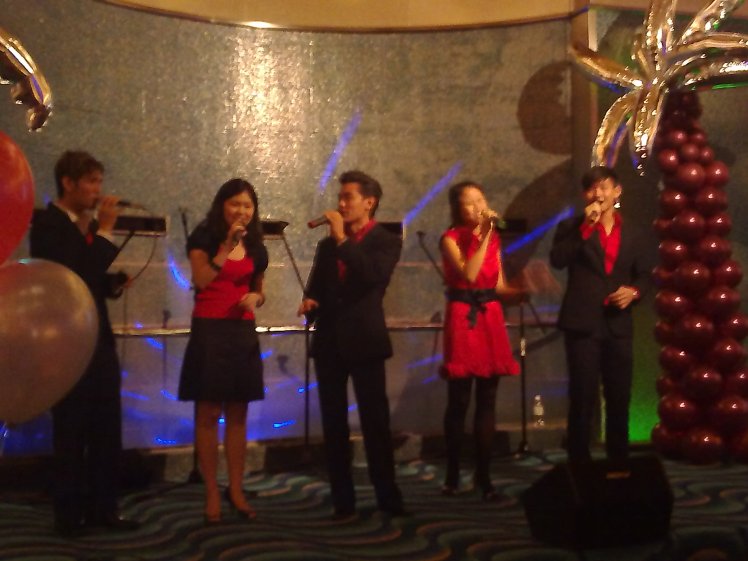 Tanya’s band, featuring Hendri on drums, Yong Lun on bass, Howen on piano and a guest trumpeteer was a great addition to Pan Pac’s Christmas evening. 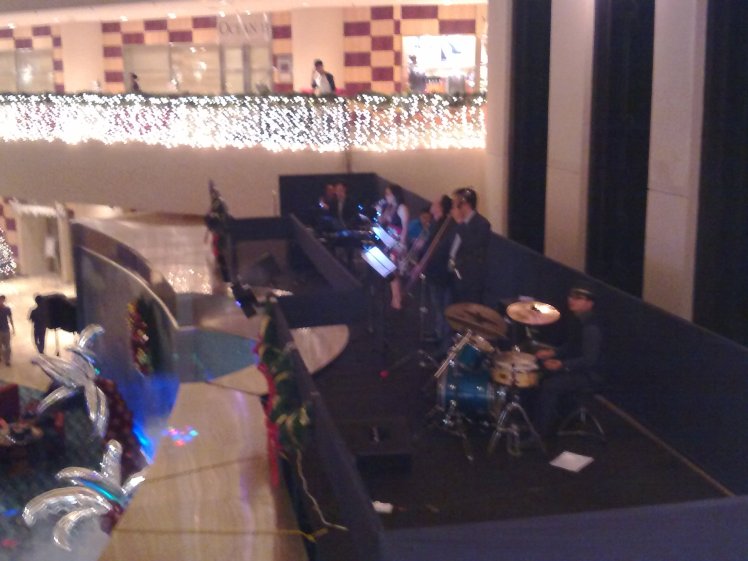