WE’VE HEARD ABOUT KOOKY ATTEMPTS OF HUMANS DESIRING TO ACHIEVE ANIMALISTIC GOALS, SAY, HIBERNATE LIKE A POLAR BEAR. BUT THIS LADY, HAVING MULTIPLE FACETS TO HER IDENTITY, STEPS UP A NOTCH IN HER FANTASY TO METAMORPHOSE INTO A FELINE.

Her real name is Kendra, but her alias, ElectroKat, may be more on the tongues of club hitters and party-goers. Having started experimenting with decks while she was at school, the affair with beats drove her to pursue this romance first at her own parties, and later at our familiar teenage-rite-of-passage-cove, Home Club. Her grooves with hiphop and EDM match the palate of local ravers, and soon ElectroKat became a sought after DJ at the likes of Mink, Mansion, Altimate, Avalon, and travelled past Siloso beach parties to Bali, Hong Kong and Australia.

Talk to my lawyer

Despite having great opportunities in the electronic music scene, Kendra decided to let it remain in the passion pocket. This girl has options. Her most obvious career path was the one that every one thought she was to take, what she pursued academically – law. One fine example of how lawyers can be fun-loving and savvy at the same time, Kendra acquired her law degree and made her family proud. Juggling the romance with music, the litigation associate practised for three years, before she decided that she was going to prance at a ball of yarn in a totally different industry. 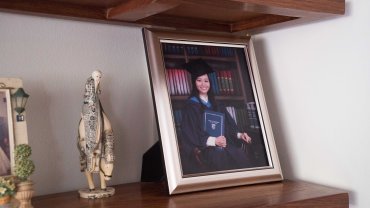 As delectable as the name sounds, it’s not food for kitties but ‘food’ for humans. Did you not realise that she might perceive every else as cats too, and not just herself? Well, Katfood, a business that has been gaining media attention over the last few months, is Kendra’s discovery of how food grade ingredients can be used more than just gastronomically. Starting from her bedroom, she became a food chemist by mixing pure food and tested them on herself – honey on her skin, banana slush on her hair – only to realise that they work as excellent skin- and haircare solutions. Today, Katfood has been on Mediacorp’s Channel 5, Channel 8’s broadcasts and on Straits Times too.

Let’s find out about her obsession with cat lexicon. That indubitably stems from her mania with kitty cats, and she lives with two in her house. A firm believer in adoption, she took them in from Penny (a name well-known in the cat lady scene). She now resides with Mew2 and Minnie, and has fitted her home with a tall cat tier, which is a mansion to them. Of course, the kitties make the entire flat their manor. “I like cats more than most humans,” Kendra said with an impish smile.

She can sure kick yours, I mean, your football. Since her university days, Kendra has been playing with the Law Society of Singapore’s women’s football team, and she pits her skills with men every week at futsal. Don’t underestimate this grrrrl. If you want to play at her court, treat her as an equal because her playground knows no gender. “I once told a guy to piss off and never play with us again because he was being a sexist jerk and was angry that he had to play with a girl.”

Kendra also has some ‘mad love’ for Arsenal and the German national team. Now that the Euro Cup is going on, I will be careful not to step on this girlie’s toes if I am rooting for any other country.

Life is gladly a beach

For Kendra, she knows where to recharge. Your emails might be answered while she dunking a beer with the sun as a canopy and the sand as a floorboard. “I just really love the beach and I am lucky enough to be able to work remotely.”

“I travel on an average of 10 times a year, and I love travelling on my own, meeting people and just being comfortable with experiencing stuff alone.” On the top of her list are London, Bali, Maldives and Siem Reap, and she is running out of space on her travel diary.

What other lives does Kendra have? This might surprise you – Kendra grew up playing oriental music – the gu zheng. A holder of a Diploma in Performance from the Beijing Central Conservatory of Music, she used to give lessons on the instrument before she was engrossed with her other preoccupations! 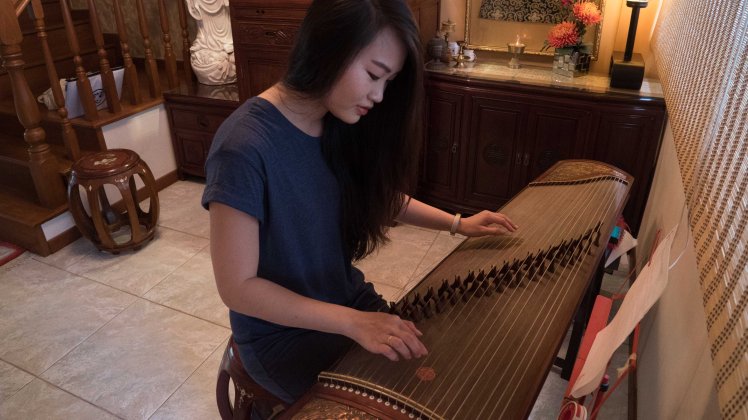 Love will keep us alive, not just kickin’

Are you happy to know that this crazily energetic girl is not out on the loose anymore? Gabriel, now a director of business development at Banyan Tree, was a guy she met in law school, and has her for keeps. Apparently Kendra and Gabriel has, over the span of the 7.5 year relationship, developed a secret language that no one else understands. If you are jealous that this kitten is not on the shelf anymore, giving up might be the finest option to take. This secret code between them is hard to decipher, unless if perhaps, you are also a cat.

electrokat’s hard-hitting style and eclectic blend of music combined with her outrageously energetic & lively performances have seen her establishing herself as a mainstay in the Singapore and regional club scenes. electrokat is versatile in EDM, Commercial House, Top 40s, Trap, Twerk, Hip Hop & R&B