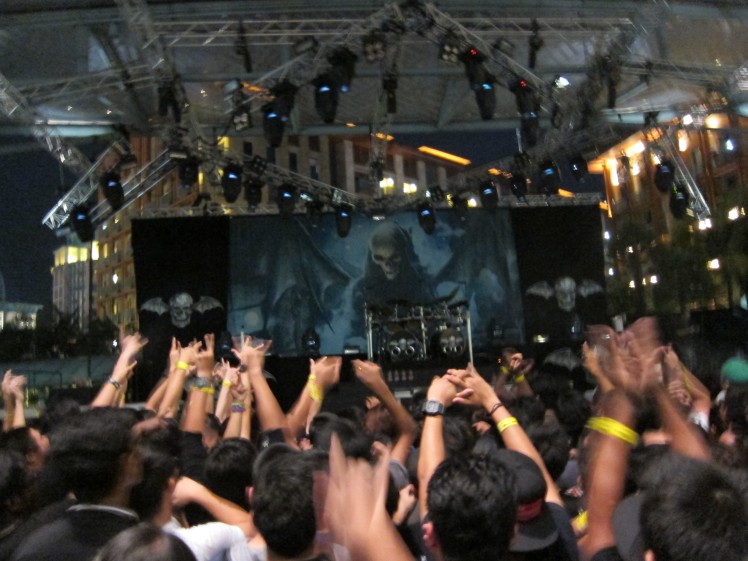 They may have been here a couple of times already, but I never got the chance to catch them – which was why i was so desperate to get my hands on a ticket after the show sold out. Thank God i managed to purchase one off a friend’s friend eventually!

The venue’s Resorts World, Hard rock Hotel, Coliseum. I had no idea what that place was like, never been there before.

As expected, the crowd was full of kids and inexperienced concert-goers. by that I mean that they have no idea what the mosh pit is about and have no idea the trouble they are getting into. The minute the lights in the arena went out, the crowd went crazy. 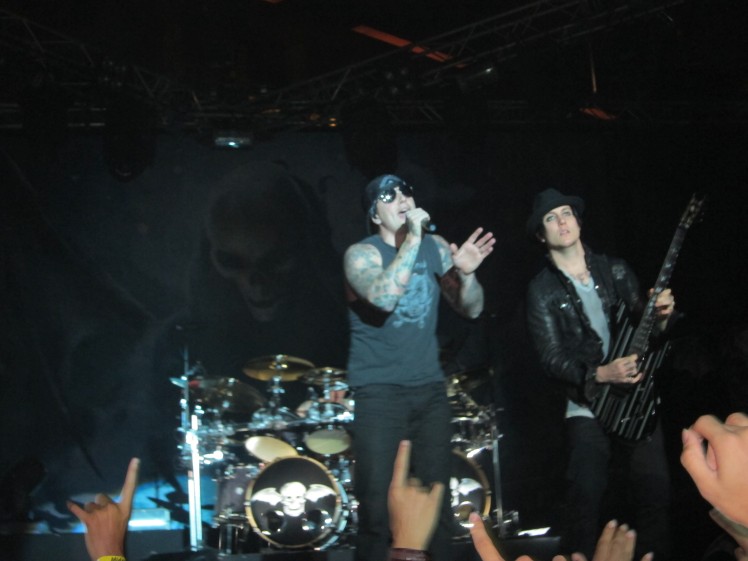 It’s a good thing these concerts dont last forever because I remember struggling at every point against passing out. The humid air, being drenched in sweat both my own and others’, the pushing crowd – i fell past 45 degrees and i had to put my hand up toward a random stranger who was kind enough to pull me up. I did my part and pulled someone up too. He looked astonished. 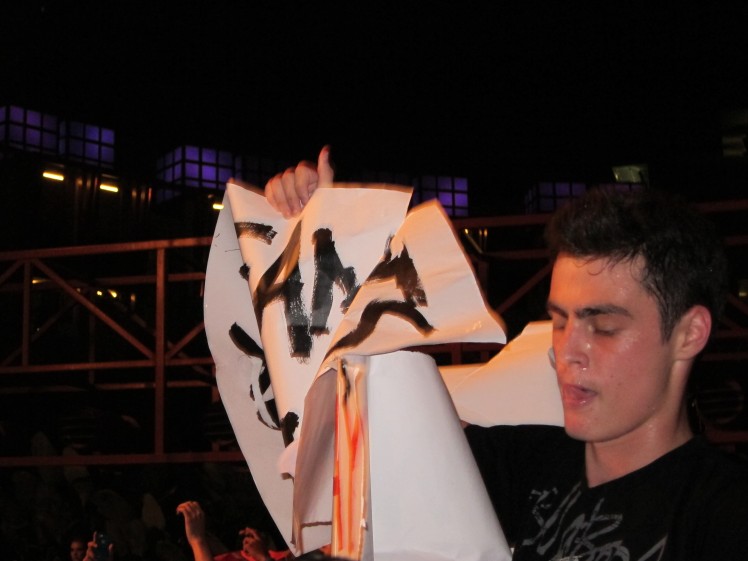 I was just that close to M Shadows and Synyster Gates, and they look as awesome as they do on DVD. The energy they have on stage just turns everyone wild. Or could it be their biceps? 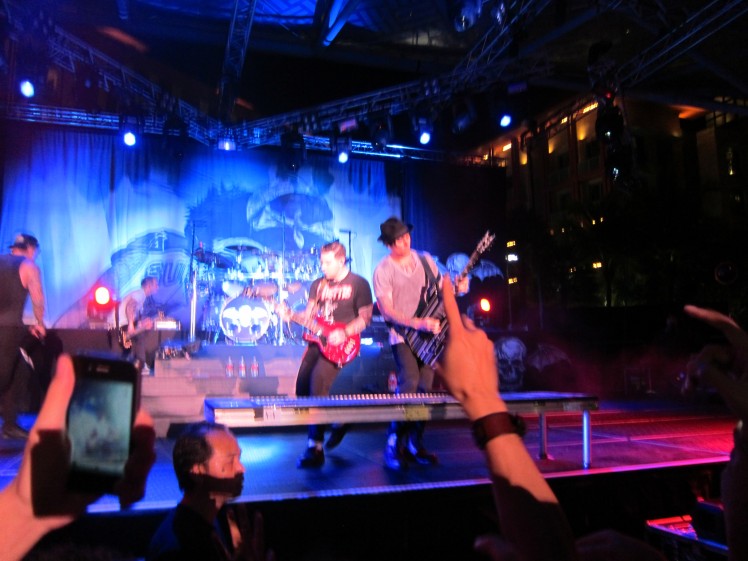 I must admit that i teared for a moment, even while I was almost dying. That was when they let down the sketch of Jimmy Sulivan as a backdrop and sang So Far Away, commemorating the late drummer.

The most awesome part of the show was towards the end. Sometimes bands go like “You’re the best crowd we’ve had, we love you.” And you like “What bull.”

This time, A7X made me feel that they meant it. Ive been monitoring their past sets through setlist.fm, and I know they frequently and for recent Asian countries, only do 2 songs for encore. That would always have been Fiction and Unholy Confessions. However, that evening we were treated to Second Heartbeat – a song most of us have been dying to hear live. And during then he made the crowd form a circle pit and fans ran in the circle. That was just too awesome for words. 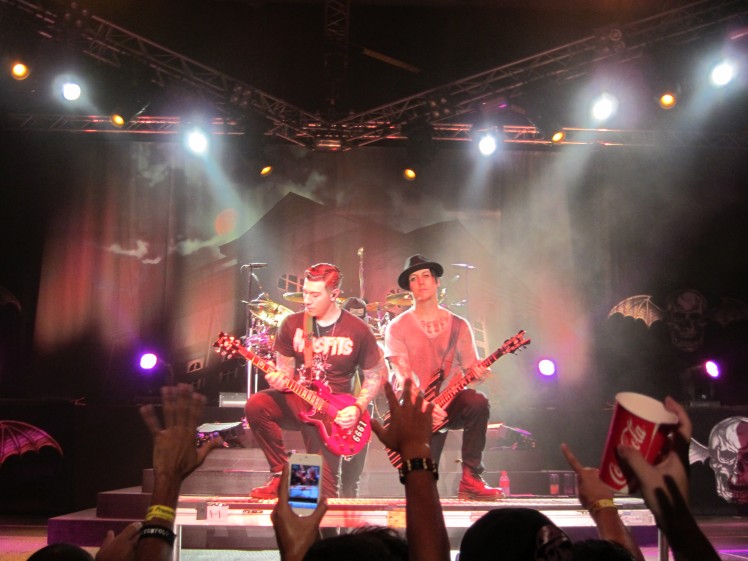 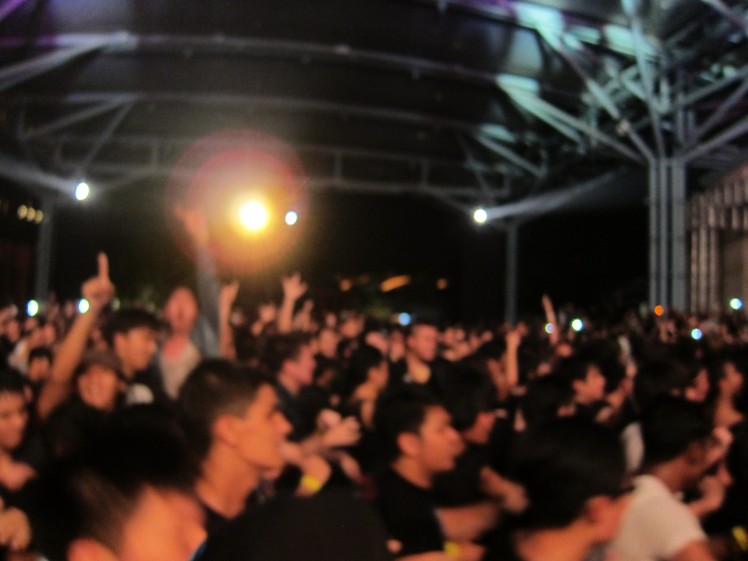 I thought they would end at that, but they still gave us our dose of Unholy Confessions.

At my age, going to an A7X concert is probably a damn adventurous thing to do, but it was totally worth it.