It was a beautiful Sunday evening for Raffles Country Club’s opening of their new golf wing. Away from the hustle and bustle in the city, the club has been known among locals for its ‘million dollar view’ which referred to its beautiful scenery rarely found in Singapore.

Blessed by the perfect weather, the affair begun with a breathtaking opening ceremony located at one of the club’s best spots to capture a panoramic view of Raffles Country Club’s beauty. The ceremony was graced by Charissa Seet (emcee), Quartetto (ladies’ string quartet) and Emily & Ming Gao (ballet couple) and attended by guest-of-honor, Emeritus Senior Minister Goh Chok Tong. 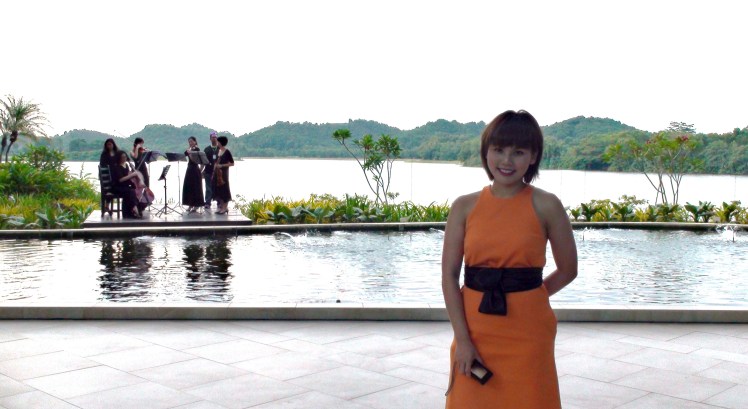 Charissa smiles for the camera against what they coined the ‘million dollar view’ of Raffles Country Club. 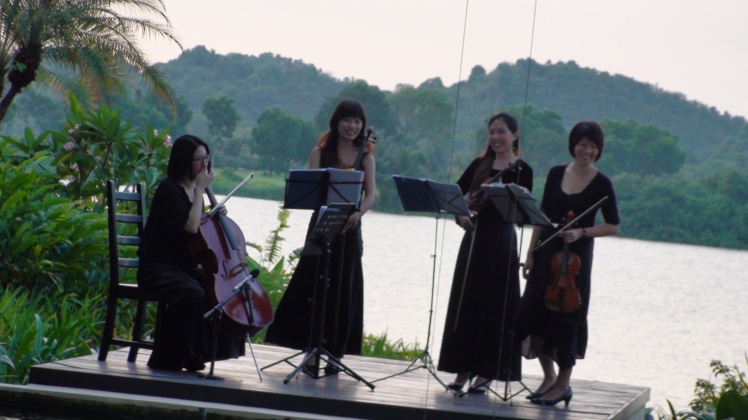 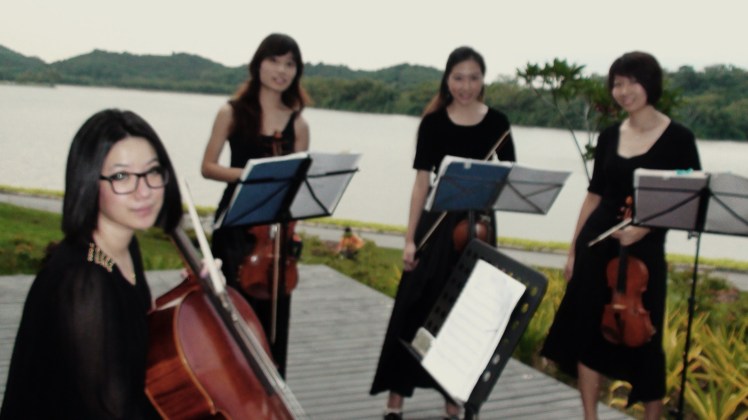 Quartetto chills by the scenic golf course as they waited for the arrival of ESM Goh to perform their opening song, ‘Morning’. 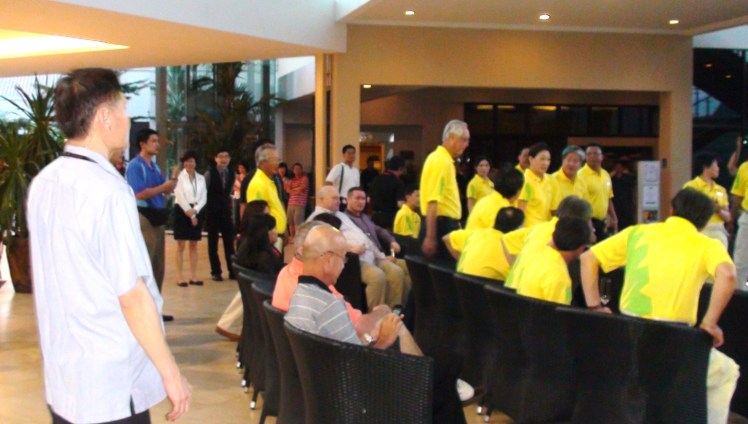 Raffles Country Club’s opening ceremony sought both a classical and contemporary approach as a symbol of their transition from the old decade into a new chapter. The classical segment was conveyed through Quartetto’s rendition of  Edvard Grieg’s ‘Morning’.

As the crowd broke into applause for Quartetto’s classical piece, Emily Xu appears in her pink leotard and inches slowly towards her eager audience to surprise them with her sudden tip-toes! Choreographed by Roderick Koh (from Raffles Country Club), the dance was envisioned to be simple yet impressive. As Ming Gao joins Emily to complete the ceremony’s final segment, one would have lamented that it all ended too soon. 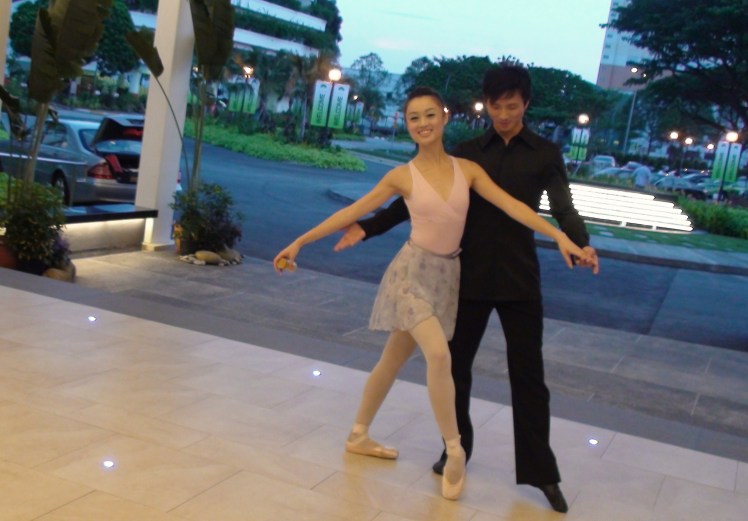 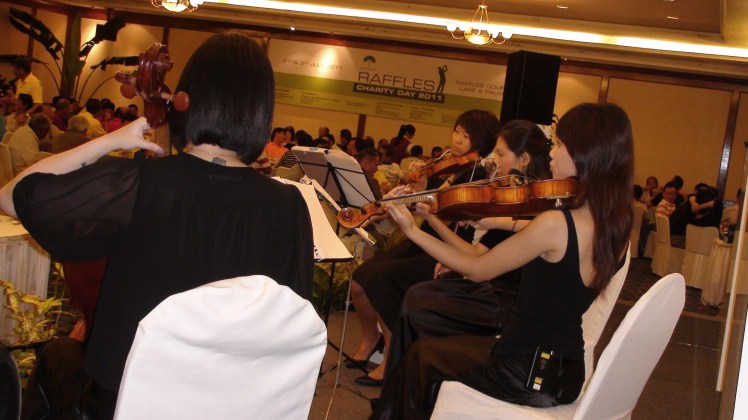 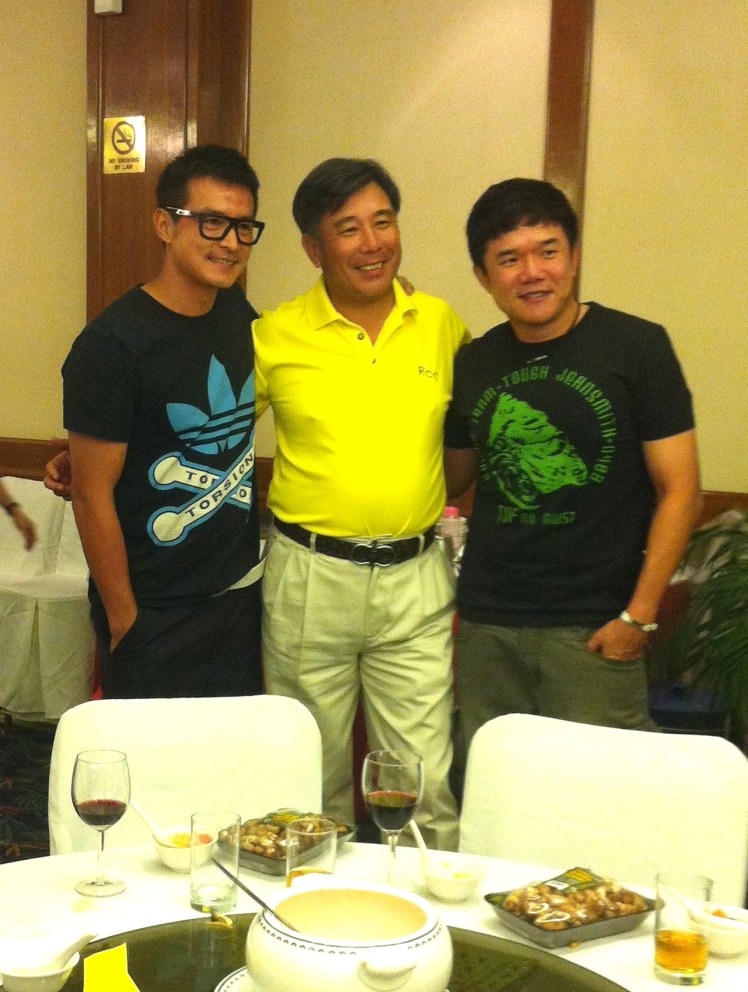 And what a surprise when we bumped into two familiar faces!