Hayley is just so awesome. Her energy on stage was contagious, even from 100m away.This was one of the rare gigs in which I wasnt in the mosh pit, but I just wanted to get a good view, plus, it seemed equally fun standing on the periphery. that’s how great it was.

I have total respect for Hayley and Paramore; despite what people may think, and they seem to be some young pop punk band just cos they have tons of teenage followers. But I was surprised. There wasnt as many emo punk rockers wannabes as there was at MCR. Infact, I felt like it was a Muse crowd altogether.

Pictures are crap, because I had tried to smuggle in a small digicam instead of bringing my SX20. Videos feature blurry silhouettes, but the sound’s still clear. 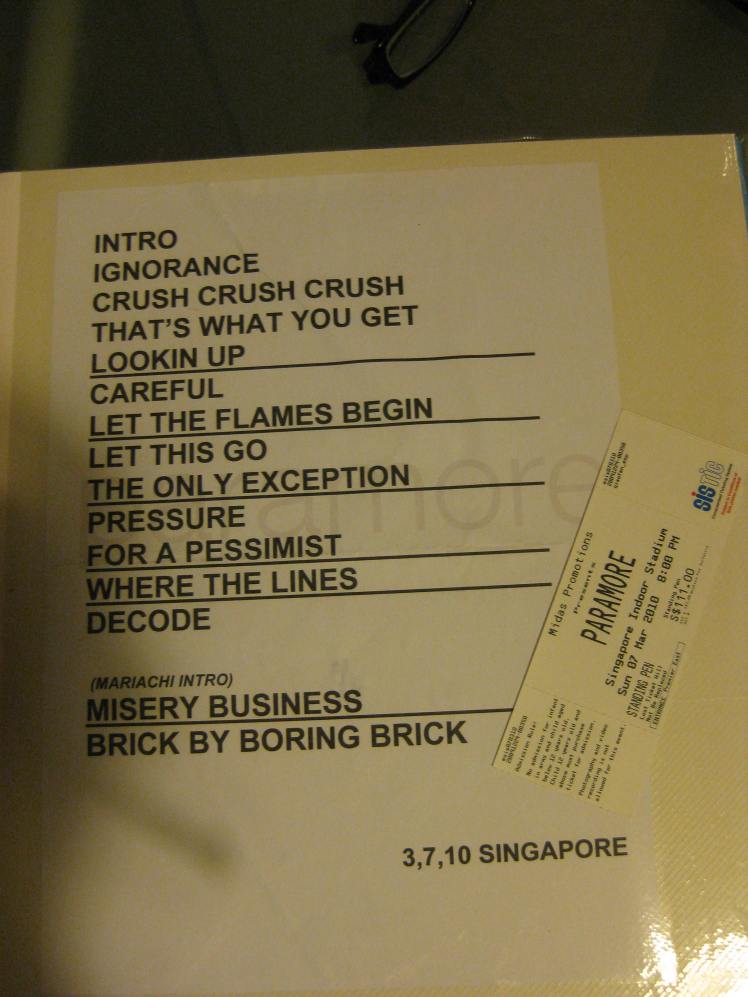