I’ve met many rockstars (figure of speech, i dont mean ‘rock’ rock. Lovefoxxx has got to be the friendliest I’ve ever met. No airs at all, and she obliged about 984392 (ok im exaggerating) people with their autograph and phototaking requests at 330 am.

And then she went like, “Yay everybody, lets drink!”

During her set, it was evident that she loves the 80s. It was retro diva night – that even got Hossan Leong lip syncing with her while he was dancing on the podium.

Obviously Lovefoxxx had to oblige with singing to us, so she did a rap/song number to the basslines of Lets Make Love and Listen to Death and Above. Twice. Once behind the console, the second time in the crowd.

The best part, ok, was when I asked if she could write her lyrics “Music in my boyfriend” on my ticket stub. Ahh, I’m just waiting for the entire CSS to be here now. 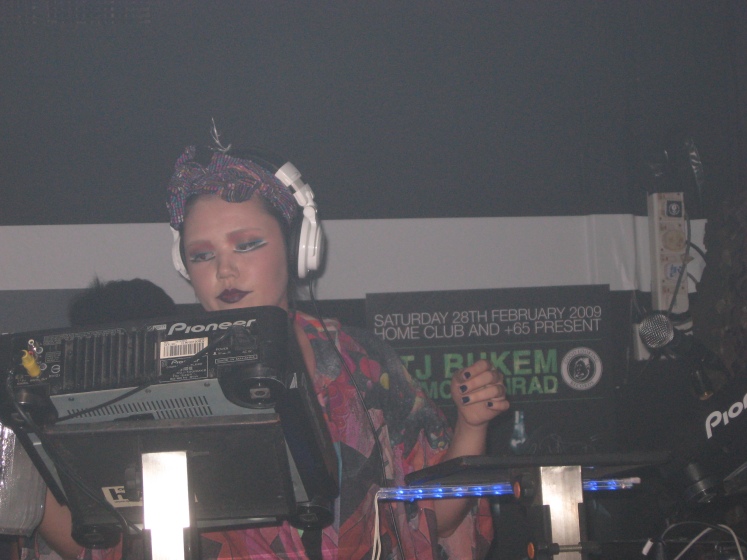 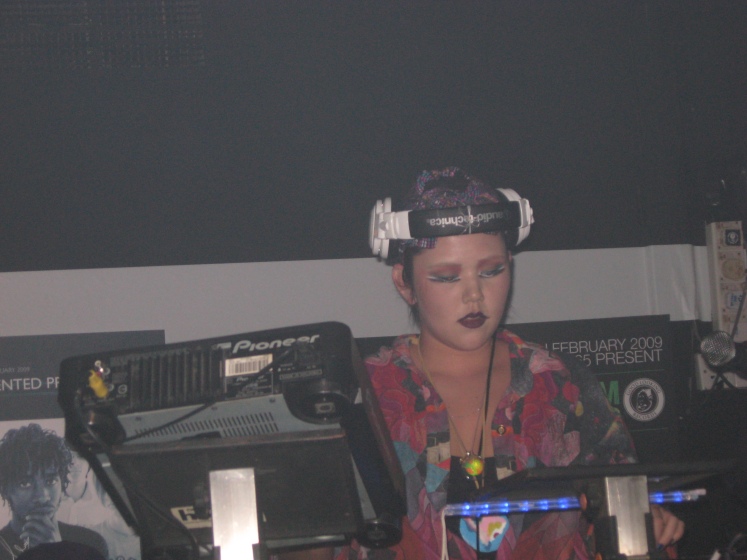 why wouldnt u love her! 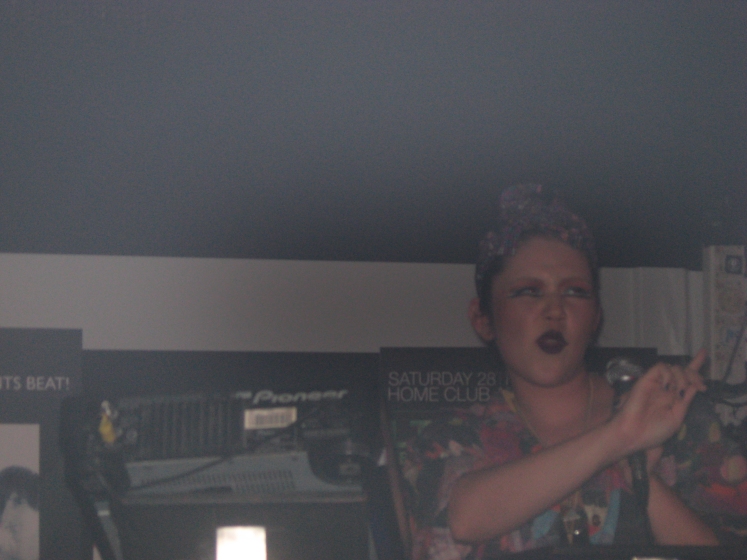 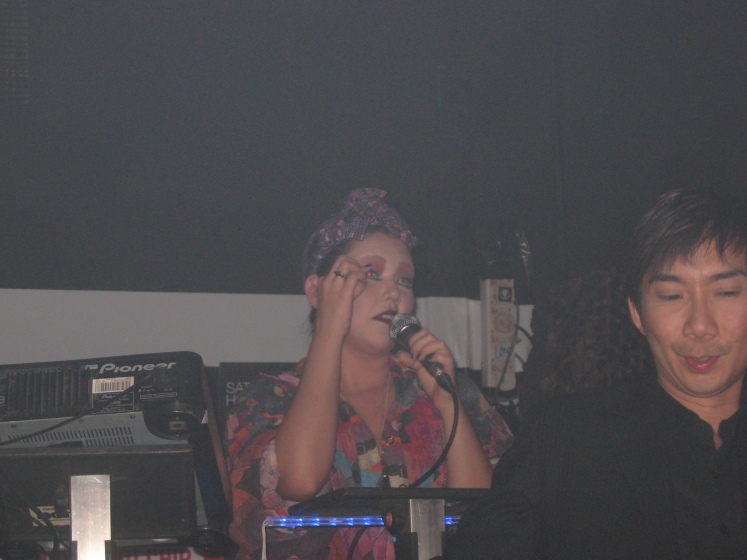 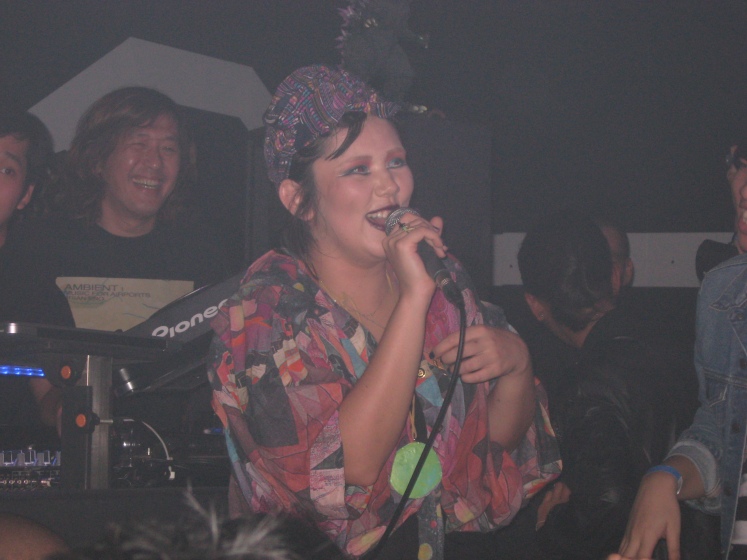 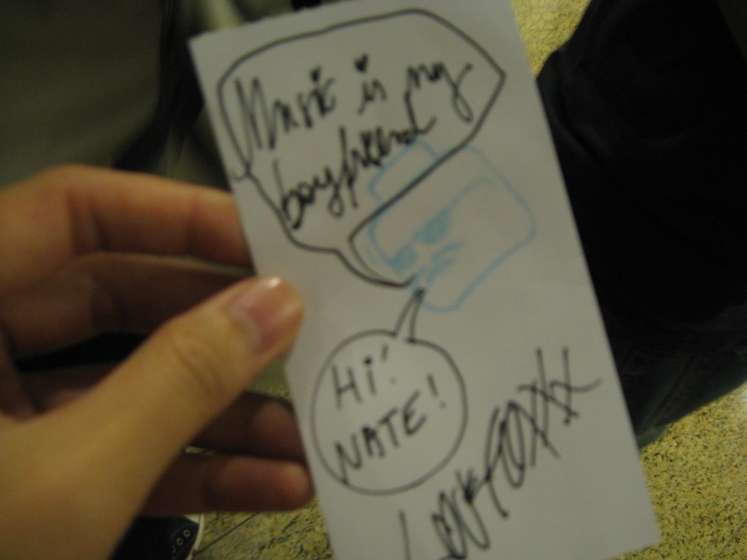